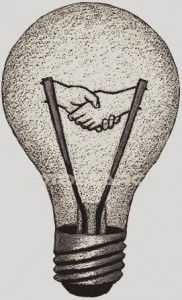 Horace Walpole used to say: „This world is a comedy to those that think, and a tragedy to those that feel“, so accurately displaying the twofold perception of the world depending on the center of gravity. „Clowns to the Left, Jokers to the Right“ a famous song quotes, however sooner or later you might find yourself stuck in the middle where it is hard to gain ground and establish an attitude, particularly after the seismic development of Uranus-Pluto-Square in the previous four years of overall disturbances within the Psyche, resulting in an urge for diplomacy gaming on the social and partnership scene. With this very Eclipse, having its repercussions in the next six months, it would be of the greatest challenge to incorporate the emotional habitus of your personal experience of the „tragedy“ into a cognitive comprehension of what actually is nothing but a „comedy“ if you succeed in reaching out for the supreme state of mind. Having in mind writers who used to say that in laughter there is a specific human outcry, you choose whether your experience grounds as the game that you win when you solve the puzzle of yourself in the light of the fact that life turns out to be an intelligence test after all.

Libra is the sign of the balance and the urge of this Eclipse is exactly finding the balance between the rational and emotional, between your own persona versus the world, your own attitude towards the partner. If you have had the feeling that you are losing ground and having to cope with your most intimate disturbances within the Psyche that proved to be as the collision between your spiritual and material reality, now seems to be the right time to settle the conflict by raising awareness of what is truly important to you as your personal motivation, along with the justification of your fixations in the frame of the Higher Power endowment, as well as the conscientious shaping of your contemporary point of view that undergoes a substantial karma check development.

What seems to be the major conflict, in this frame of celestial influences, is the conscious versus subconscious kind of discord and basically finding the middle ground requires healthy integration of the „shadow“ into the realms of ego, resulting in picking up the pieces of your own game from the perspective of sought and done, being your true motive, you just might not be aware of. Keep going ahead and work it out until you fully understand yourself and when you do that, life just might seem to be a comedy after all. At least as in one of the Woody Allen’s “Whatever Works” kind of development.

The essential urge for diplomacy at this point refers to foggy and confusing circumstances around you, in the light of Mars Square Neptune aspect that requires substantial clarification of facts before you make short cuts or demonstrate the willingness that you just might regret later when the truth comes out. Carefully threading network would be the good advice for the sake of putting things right where they belong. It just might feel mesmerizing or confusing in the process of gaining prospect, thus reaching out for the truth would be the best attitude in the first place. They say that diplomacy is about knowing what not to say or if you will, make sure diplomacy is letting someone have your way. Anyhow, the deceptive atmosphere of the apparent circumstances might soon prove to be clarified after Mars re-enters Scorpio and surgically detects the truth as the matter of fact.

Individualization versus individuation as realizing the personality as wishful versus the realistic is the snare of each and every one of us who seek the realization of the full potential. With this Eclipse in power, along with Jupiter Square Saturn development of karma justification of your past endeavors, get ready to face the consequence of seemingly indirect responsibility of your four-year decisions and actions and if you feel  tricked,deprived or underestimated for what you have done, you will just have to trust the Higher Power in the settling-accounts kind of development.  Bear in mind that only after you doctored your own personality, you are being able to expect the award in the material reality for what you have figured out you essentially want.

Therefore, before you reach a decision, make sure you understand the underlying messages and writings on the wall of your most intimate war development for the sake of finding the middle ground where the Eclipsed Moon (Psyche) in Libra incorporates the emotional experience into a rational workout for the benefit of your own self-maintenance and future prospect of the opposed Sun (Ego) in Aries , where it is being exalted and ready to dominate. You are being capable of dominating only after you have proven yourself as an authority and recognized as the fully realized individual who has passed through the karma check, learned the rules of the game and established the position of power. In order to get there, prepare for the next six months of  facing the social scene, partners and publicity in the frame of establishing an attitude towards the challenge of being offered a compromise from life. If you have individualized enough to know if you are a person of compromise and if you settle for one or not i.e. if you are an all-or-nothing player or not, get ready to join the playground of life, that seems to be uncompromising these days, to get what you want anyway and to win your own Diplomacy Game.