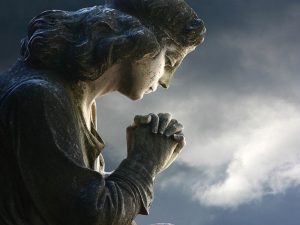 In the light of the global karma cross-examination of all the belief systems there are, whereupon the so called reconstruction of the essential  establishment of reality, Retro Mercury in Pisces calls for rationalization in the form of withdrawal into most  individual relationship with self vs all the belief system as well as one’s own personal karma history in the light of one’s own accomplishments vs the dreams,   This higher realm of Mercury in Pisces holds the frequency of higher mind, aspirations, dreams, the fine comprehension of one’s own progress  in the light of the recent development calling for finding the faith in the world that reestablishes the “new reality” upholding the classical values of Jupiter in Capricorn thus incorporating them in the modern world view. Retro Mercury is a step back in the game from the higher point of view whereupon the search for God’s will would be the ultimate quest that should provide the answers. In the world that turns the blind eye to Godly imperatives searching through the mysterious ways of God is being left out to heroes who seem to be outcasts of the new world with a clear message that this Retro Mercury should awaken the Hero in everyone of us. It should provide the answers to burning questions and encourage you to find your faith.

In the world that would rather “kill” God then acknowledge the higher master plan of what has to be done in order to lead the more purposeful life and ultimately find happiness and accomplish the well-being, Retro Mercury in Pisces calls for stepping back in the game in the light of one’s own personal history that seizes back to all those check-up points where you might have taken the wrong turn or even maybe to where it all began with the aim of ultimately tracing the  root causes of your state of affairs today with regard to your dream realization in any form there is.

What accompanies the  retrospective process would be the overall confusion and a sort of chaos that Pisces naturally create when there is an absence of higher comprehension of one’s own individual position in the world. The aroused “dark side” of the Pluto in Capricorn, dragging us all down to materialistic pit of consumerist reality enforces the most intimate fixations, yearnings, pathological desires that result in the unresolved childhood traumas or gained traumas in one’s own personal history that require immediate dealing with for the sake of accomplishing healthy outcome and maintaining the natural well-being of the collective unconscious.  Pluto represents the deepest drive of the individual and collective psyche that has the predominant power over individual and collective behavior and the more you cope with the “basic instincts” and pathological fixations that reflect in everyday life in the form of a healing, therapy, energetic treatments, the more you will  raise awareness on the most important key issues that has to be resolved for the sake of a healthy outcome or you will end up being a victim of your own manipulative impulses sucking the healthy energy and creating the chaos in the collective unconscious. Pluto in Capricorn has brought a sort of shift of the divine matrix thus shaping the reality of confusion, misinformation and perverted layout of manoeuvring space whereupon people are being left out in the cold to fight for the fresh air of the Divine Light that altogether has its roots in the manipulations of the “human factor”.

Whether those are the last Biblical days or just the challenge to win the fight to become eligible for the Divine master plan to make it through the wilderness of the low vibrations, confusion, lies, misinformation, fog, the overall lack of clarity and wisdom. Individually, what has to be done during this Retro Mercury in Pisces would be one’s own most intimate quest for the Divine Answers by tracing the God’s will as the form of the ultimate wisdom that leads the man to one’s own freedom, happiness and success.  Now is the time for higher wisdom, higher mind to speak up in the solitude of your own comprehension even the daydreaming and higher sense of self -realization.  However, Mercury in Pisces is also capable of lucid comprehension of all the reasons why you are now in the position you are as well as finding the way out of self-sabotage of the polarized world with self-destructive tendencies dragging  down the level of consciousness onto materialism and primordial drives.  Now  with Retro Mercury would be the time to lift up the frequency with regard to Higher Power and face the undenying reality of existence of God’s will that ultimately requires the man to be the best possible human as possible by means of self-improvement and personal development.

The aroused existential fear of Saturn in Capricorn on the worldly stage of ongoing restructure of governmental power and so to speak karma cross-examination of all the existing systems what essentially represents the Divine imperative would be raising awareness on the solely individual responsibility in the light of Saturn in Capricorn for one’s own well-being and thus enforcing the individual effort for creating a better self for the sake of creating a better world. Mercury in Pisces calls for awakening forgiveness just as much in all the personal history, awakening acceptance of the ultimate Higher Power God  Almighty and awakening the Faith  through building  one’s own relationship with Divine Self for the sake of self-maintenance and accomplishing equilibrium.

In the light of the celestial positions currently in the sky, Saturn and Pluto conjoined imply to a sort of an ongoing Test in each and everyone’s lives for the sake of realization of one’s own true self the best possible way whereupon the success, happiness and general well-being  would be the reward for playing the cards right. Keep in mind that all the karma cycles has the same ultimate aim and that would be becoming a better man and clearing the subconscious as well as the soul of all the personal issues such as fear, complexes, fixations, prejudice, sufferings, traumas and liberating from the snares of the shadow lurking to eat up the healthy sense of self and that is a child in everyone of us. Only through raising awareness on what is the most important to nourish the inner child and by means of intensive self-improvement to liberate the child from preconditioning of one’s own shadow we build the healthy individualism and realize the true self thus ultimately accomplishing success and happiness as well as the healthy society in general.

Play and Pray for the sake of overcoming the imposed and generated limitations and build up the healthy sense of self thus accomplishing one’s own individual freedom for it cannot be established but won through self-improvement, raising awareness and ultimately becoming a the best possible human there is.  In the dire straits of reality this Retro Mercury offers the higher understanding through stepping back into contemplation and ultimately finding Faith.