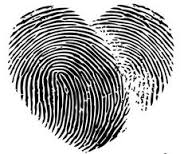 Supermoon total Eclipse on 27th-28th September 2015 is the rare occurrence of the totally Eclipsed Moon, being closest to the Earth in its cycle. Every Eclipse brings forth changes of the current tendencies and trends, evoking for the switch in the frame of mind relating some particular issue, extending its influence as far as six months. On this occasion it is the area of interpersonal relations, the attitude towards the world on the “Me” vs “Us” axis.

Having coincided with the Autumn Equinox, preparations for the change of patterns in our lives have been made enough to conceptualize the new attitude towards the world, with respect to personal interests in the face of the public, partnerships, social relations, reputation and the ability of reaching compromises thus meeting the challenges of the world. Here comes the time for building a new attitude after the accumulated experience has provided humanity with the insights into what is really important in the light of Saturn in Sagittarius’ urge for acceptance of reality of the “anima mundi”, being cross-examined in the quest of self-preservation.

With respect to the latest tendencies of self-improvement for the sake of the spiritual well-being, raising awareness on the important issues of the world’s necessities such as healthy habits, nourishment, environmental issues, civility and culture imperatives, the emphasis is on finding the place on the worldly scale, being aware of the personal potential for the sake of contribution to the world, however with respect to successful blending in, enough to realize one’s own individuality thus avoiding the danger of personal disappearance. As the result would be the perfect balance and accomplishment of healthy attitude in the frame of personal relationships, publicity, social scene.

It is the time to make affirmation of one’s own identity before oneself first before discussing identity politics in order to show what you have got to the world, worth fighting for. Raising awareness on the necessity of taking pro-active attitude for the sake of finding one’s place under the sun considers ongoing personal and professional improvement with the aim of reaching the best possible “fitness” in every sense in order to make personal fulfillment as well as general contribution.

In the light of realistic comprehension along with self-respect, personal needs, habits, ambitions and plans, this Eclipse sets in motion big decisions regarding the personal attitude towards the partnerships, publicity, social background, thus keeping in mind you have to be who you are after all. Facing oneself versus facing the world might just result in awareness on one’s own personal self that brings forth the opportunity for a new beginning after a thorough “identity check”.