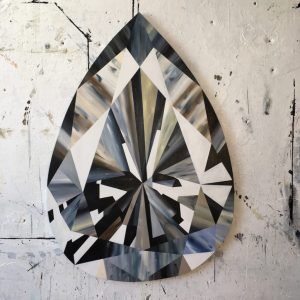 The upcoming Solar Eclipse in Pisces on 26th February tends to be rather spiritual. Whether you experience the evocation of deep spiritual understanding of relevant matters thus expressing forgiveness , desire for redemption or repentance or maybe you feel the time in solitude as the paramount of your past tendencies thus bringing them to closure, it is the time for grasping the big picture, overcoming the patterns that have put you in dire straits you don’t see the way out of and accepting the Higher Power as a guiding light through the valley of shadows. May the Force be with you when you burst into tears you ultimately comprehend as Tears for Fears. Weep and let go since it is only then when it happens.

It seems that the planetary upheaval has been brought to its climax. The Year of the Rooster ignites the fire of ego centrism in the light of the recent Lunar Eclipse in Leo enough to stimulate people to stand out and fight for single, individual interests without even speaking the same language and respecting mutual relations with one another. This Babylon image doesn’t have to do much with The Truth, however now with Solar Eclipse in Pisces the spiritual well-being gets into spotlight enough to be purified and washed away in the next six months for what it takes for the Eclipse to stay in effect.

Little more conversation , little less self-assurance. Pisces teach us about tolerance, peacemaking, understanding, spiritual awareness, mysterious ways of God known to man for the sake of self-preservation, self-maintenance, personal well being. In the light of the recent Lunar Eclipse in Leo, ego-centrism is having its revival in the way of showing one’s own best assets in the frame of contemporary tendencies of Regulus – The Heart of Lion in Virgo evoking the environmental issues, as well as, issues of health and well-being for the sake of building up new consciousness, healthy habits and responsibility of serving the community. Only, This time around the ego-centered Leo will have to show readiness to offer the quality of provision enough to meet the demands of 21st century in order to be accepted and cherished by the masses that ultimately decide what they invest the money in for the sake of a better world. Pet- friendly, Eco-friendly, gay-friendly, race-friendly, gender-friendly, technology- friendly are only some of the burning issues the Cocky Rooster Leo ego-centrism will have to comprehend through the lenses of Pisces that know the mysterious ways of God people just don’t want to hear before they head-bang the wall of self-destruction on a massive scale. This Solar Eclipse in Pisces brings forth the wisdom as the pear in the shell of soul that ultimately seeks salvation for all those who want to develop the spiritual comprehension and energetic health.

The next step is avoidance of being judgmental and over-critical to human weaknesses for the sake of expressing forgiveness to others as well as oneself enough to emerge from the deeps of the spirit into the light of reason. Fighting fire with fire leads to a clinch of repetitive history that sets boundaries, revives prejudice, divides the world into opponents who genuinely want freedom and happiness, the peace of mind. However, there is only one way towards that goal and it lies in the self-improvement, personal development and self-liberation as an internal process no leader can establish.  Forgiveness is an individual act that sets your soul free from self-punishment and liberate you from the burden of low energy of your judgment upon your enemies. The ultimate redemption lies in the acknowledgment of one’s own responsibility and recognition of one’s own contribution. This Lunar Eclipse in Pisces might stimulate you to repent, overcome the past patterns and liberate from the chains of repetitive history.

This Lunar Eclipse in Pisces represents the closure of the last cycle in the following six months so make sure you comprehend the big picture of your ongoing development, projects and the state of affairs enough to bring them to an end at least being the stance of your attitude for the circumstances to follow with the resolution implications ahead that might turn out to be what you have earned them to be.

The position of Lunar Eclipse in 12th house might bring inspiring moments in solitude, awaken the spirit in the man-to-God paradigm and empower you to hold the dream alive being your only true reality you have been or haven’t been running away from. Pisces stand for dreams so make sure you realize the message of the subconscious for the sake of incorporating them into consciousness. Avoid the victimization scenario but put faith in the Higher Power as the ultimate deliverance after you earn the credit of being dignified enough to get it. It is the time to act wisely, seek the Higher guidance out of the muddy Piscean waters of lies and deceit everywhere around you that prevent you from finding God. Now is the time to do it after thoroughly washing away your soul with Tears that actually emanate from your weaknesses of spirit you have to self-improve out of.  Now is the time to purify the shadow whereupon fears are the root of your tears, let go for it is only when it happens and comprehend the voice of reason from your Guardian Angel empowering you into bravery with the message: Tears for Fears.