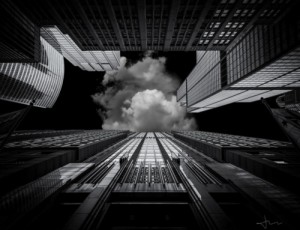 It’s been a while since the planetary positions of Saturn Square Jupiter Square Neptune in the sky are thoroughly testing the substantiality of your belief, system of values and dreams for the sake of a unique reality check that calls for incorporating the spirit into the „western mechanistic paradigm“, well pointed out by Dr. Stanislav Grof in the words that a radical inner transformation and rise to a new level of consciousness might be the only real hope in the current global crisis.

Self-Improvement has been a burning issue for a while now, as an imperative of self-management and self-preservation, being the only way towards the self-maintenance and health protection. In the frame of the current celestial aspects the only real hope on the way to overcoming the karma grind wheel is exactly the conscious effort to purify the shadow and release the fears, complexes and prejudice that basically stand on the way of happiness.

The famous quote that Saturn Square Jupiter represents the perishing without the apparent guilt  based only on the will of God is now being put in force enough to remember that every word, action or deed is being measured carefully for the sake of passing this unique Checking Up Point of Saturn Square Jupiter when it seems the world is crumbling down, however only in the sense of filtering the energy and washing up the spirit thus ennobling the people through suffering, introspection and self-examination when all the questions are being answered in the flashes of conscience. It seems that we have been collecting points in the battleship of life that Higher Power has been carefully notifying thus leading us to the point where substantial lesson has to be learned through as many rounds as needed enough to comprehend the truth. Sooner or later we play by the rules Saturn is calling for, particularly now, when in Sagittarius, imperatively implying to the fact that the voice of conscience has to be respected and put in force operating as an everyday habit.

To be or not to be who you are, that is the question, now that Saturn Square Neptune reality check of your dreams reveals that after entanglement of social compromises and personal wanderings to find your own fate by realizing your own reality, God has sophisticated ways to remind you that your dreams represent your reality you have to live in accordance with or else you will end up in a wrong alley streets as long as you cannot make out the highway through the valley of shadows where fears, prejudice, complexes, illusions or weaknesses are cradling you into semi-solutions. To fight alone demands courage and only after facing the truth about the true identity and standing for beliefs, values and dreams, sooner or later you meet the God’s will being the best version of yourself set off for action to live the life as meant to be.

The truth cannot be hidden and after a long way of manipulation of Uranus Pluto Square, misinformation, lies, illusions and self-comforting prejudice, Jupiter in Virgo enables you to pick up the pieces and realize the truth through conscious effort of finding the light of reason by establishing the facts Mars in Scorpio now surgically detects. In the world of massive power games,  the real question is what you can do for yourself to individuate for who you really are and not individualize for who you want to be and to start living your own truth, being the light that God has shining upon you in order to avoid misplaced thesis of what is really the most important – the soul. There are no compromises with the truth, this very Square of Saturn Jupiter is throwing at you. Now is the time to show courage and really see it and let that inner baby play safely and express itself through all the means of personal power on the way to salvation.

The Saturn Jupiter Neptune Squares are testing the substantiality of all the systems, beliefs, values and power for the sake of maintaining the best ones that actually function and bear fruits as the quality of living. This refers mostly to personal development and built-up systems of personal integration and power as well as your past actions that now stand the unique Checking Up Point.