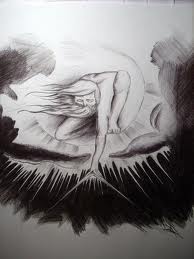 In the era of Uranus Pluto Square when we are faced with seismic activity within the psyche, when it seems that there has to be a revolution of the belief systems and the set of rules of the game, general breakthrough is being accomplished through the revolution that starts from within. Having in mind that the psyche is a complex mechanism that causally evokes happenings in the outer world due to some sort of malfunction within the subconscious part of personality, it is no secret that we are in power to accomplish happiness, ONLY by purifying the shadow and by bringing up those issues to consciousness, whereupon the logical outcome would be exactly the accomplishment of objectivity of one’s own behavior and self-awareness that, as an imperative in the contemporary world, allows the greater power of handling one’s own destiny. Or at least what we call it.

Richard Tarnas in the „Cosmos and Psyche“ states that the future cannot be predicted since it is exactly a matter of a personal effort to awaken the shadow and get hold of the control of one’s own life. Stanislav Grof states that „ a radical inner transformation and rise to a new level of consciousness might be the only real hope we have in the current global crisis brought on by the dominance of the Western mechanistic paradigm“. Speaking of the individuation as the process that everyone has to embark on sooner or later, the ultimate aim of every individual should be exactly the accomplishment of individuality that essentially represents the realization of one’s own original personality. Only then, we are becoming capable of living our own lives the way we want to and the way God meant for us. By purifying the fear, complexes, prejudice, suppressed negative emotions, pain and suffering, that is actually a life-long process every Saturn cycle is calling us upon, the ultimate result should be the healthy persona with the positive outlook who is in balance of the inner and outer life.

After exhausting cycle of Saturn in Scorpio when the ultimate lesson was handling personal power, preservation of energy that is essentially the natural capacity for financial accomplishment, we have reached the point where we should have realized the necessity of transformation of general approach to these important issues as well as to the essential imperatives for the sake of self-preservation. It takes a lot of thinking through and conscious work out in order to accomplish the lessons of Saturn, and that is the only way.

The new cycle of Saturn in Sagittarius brings forth the „sage“ in all of us, the wise old man that is endowed with the right judgment. Knowing the truth, speaking the truth, living the truth „becomes a revolutionary act in the age of universal deceit“ states George Orwell and essentially the quest for the truth should be the urge of this upcoming transit. Facing the conscience, facing one’s own truth and living up to it. In practice is more difficult than it seems. Now is the time to awaken the higher self and establish the connection with Higher Power and the Force that may be with You in the times when religious beliefs systems have faced a general crisis.
Sagittarius represents the worldly spirit, the „anima mundi“ that is undergoing some sort of cross examination for the sake of purification, improvement and general development. The world stage is being karmically tested with the aim of establishing new set of criteria whereupon we need to show we do learn from our mistakes and make sure we don’t lose our way to salvation. “Ours is an age between worldviews, creative yet disoriented, a transitional era when the old cultural vision no longer holds and the new has not yet constellated. Yet we are not without signs of what the new might look like.” States Richard Tarnas in “Cosmos and Psyche: Intimations of a New World View” and that is exactly what this transit is about the bring upon.

What is of the utmost importance is the lesson of „thinking outside the box“, that is to say overcoming boundaries, nationalism, racial, religious and social differences, reminding us there is only one God. Professionally, the lesson of Saturn in Sagittarius is the international inclination, the universal benefit and the acceptance of the fact that we are citizens of the world, notions that has to color our professional engagement in its purpose. It is of the utmost importance to „find God“ in what we do, so that the next cycle brings about the success. Preparations are being made.

Freedom does exist and it is the accomplishment of spirit that is liberated from snares of the shadow, purified with love and guided by faith. Self-improvement is coming to a spotlight as an unavoidable, indispensable, unquestionable necessity of the contemporary world that should set up perfection as the new standard. Finding God is the mot important quest to do so, to make the closure with the words from the Bible:
„Matthew 5:48 – Therefore you are to be perfect, as your heavenly Father is perfect.“
„Seek and You shall find“.