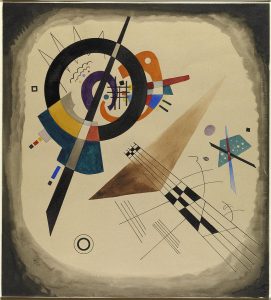 We are witnessing the first signs of the upcoming Era of Aquarius now that Saturn and soon to be Pluto starts the transit through Aquarius. The new consciousness, raising awareness, overall liberation from all the boundaries and traditional concepts with respect to universal standards would be the universal pitch of the upcoming times. Nowadays would be the real challenge to incorporate the classical values into the modern world view yet the universal quality in all the concepts will pass the test of time and if we’re smart create the future established on the solid base of all the values that seem to be of the universal character.

The contemporary world has inherited the standards of perfection as the imperative for accomplishing success and starts to evolve into standards of universality i.e. everybody is being called for to work for the salvation of mankind and fulfillment of the needs on a global scale. Now more than ever everybody is called for to make the contribution in saving the planet in the light of growing environmental issues as well as the issues of the quality of life, health, gender equality, racial or social prejudice, growing fear and anxiety as the result of unpredictability of contemporary life. The world is aching for salvation and everybody will have to reach for the universal solutions in the individual lives for the sake of not only self-maintenance but for the sake of preservation of mankind. What Saturn in Aquarius initiates would be the shift in the attitude on a massive scale in the form of tendency of overcoming of ego-projected drives into raising awareness on general well-being and the overall universal mind-set. The rising question is being shifted from what you can do for yourself into what you can do for the mankind that should make your life purposeful. The “saturation” would be the fulfillment of the needs of the community through overcoming of ego and personal aspirations that have to be in the function of the collective well-being. Along with the Uranus in Taurus whereupon it is considered that Earth is in the sign of Taurus, the universal intelligence is taking over for the sake of the global salvation of mankind.

Traditionally, Saturn represents the system such as system of thinking for instance as well as governmental establishments, science, cultural heritage, classical values that now seem to be challenged into a sort of liberating process of overcoming boundaries and limitations thus raising awareness on the global community and the way of life of the contemporary man. There is always a risk on the life on a verge of anarchy with this position, however the mankind is being faced with the challenge to jump on the higher frequency and higher state of mind that is being called for to unify the classical and modern values into the universal state of mind. Saturn also represents the actuality and the focus as if the finger pointed to a point of view that represents the direction to all the ways of accomplishing purpose and making sense. Saturn as the mathematical, scientific way of thinking is actualizing the universal intelligence as the higher state of mind that unifies all the concepts and overcomes prejudice, limitations, traditional aches of the world with the aim of finding the universal resolution.

Within one of the characteristics of Saturn denoting Karma cycles, this transit through Aquarius signifies that the modern world view and the contemporary concepts in politics, culture, science, art and society in general undergo a unique karma grind within the karmic cross-examination and a sort of “paying dues” for the sake of purification of spirit, soul, mind and body of contemporary man. All karma cycles have the same aim and that is becoming a better human i.e. better society i.e better world.

However, what we will have very soon would be the Square of Saturn and Uranus and that might bring a sort of a tension. Namely, Saturn Square Uranus is well known as the “Prometheus” archetype that tells the story of the hero Prometheus who stole the fire from Gods and brought it to the humans whereupon he was punished by Gods afterwards in the form of being chained with Eagle eating his liver. There is a danger here not to make a trespass and provide for the people more than they can handle and more than God has provided for mankind. In the individual lives of people that would mean a sort of finding balance between what we allow in our lives and what we don’t. Also, Saturn Square Uranus arouses some issues every individual chart describes in the form of inherited wisdom and knowledge whereupon those individuals also bear a kind of complex to be always right and always the smartest ones. Naturally, on the planet of six billion people trying to be the smartest in the room makes a sort of an issue, you would agree.  Also, this very aspect denotes the sort of a collision between worlds such as old school and traditional point of view and new school and modern way of life that might also result in the sort of a crisis that has to be overcome through unification, embracing the classical values as a solid base upgraded by the contemporary ways with respect to the universal principles that stand the test of time. Now, universality is the key.

Saturn also represents the character so the in the following 2.5 years all of us might awaken the characteristics of Aquarius more than usual. The archetype of Aquarius would be the “weird genius” misunderstood by people, unpredictable and just living for the moment. Those exciting times might bring a lot of turnovers within the amplitudes of the extremes, a sort of a roller-coaster that switches the mood and the tendencies day after day. By strengthening individuality and building up a sort of a bubble for ourselves we will be challenged to survive in these turbulent times. Aquarius is however very extrovert and communicative, impulsive as well so that the social life would seem very dynamic and exciting with potentially a lot of adrenaline on a daily basis that might bring a lot of stress. Growing anxiety might continue to shake up our daily world for the flux of energy is very strong and the flux of information on a daily basis might also be very powerful to process. It would be hard to plan but being called for to improvise and manage. Aquarius represent new world people with the inborn knowledge without being told or taught so that the overall energy might seem to be of the higher quality of the universal intelligence. In the global Babylon, everybody has a story to tell and everybody speaks one’s own truth. Individuality would be the most cherished quality and the tendency to seek the individual freedom to express, manage and handle life would be imperative. The challenge is to build one’s own micro world whereupon everybody lives one’s own truth.

Whatever you stand for, whatever your personal philosophy is as well as your way of life Friedrich Nietzsche might prove to be right that in “every sort of madness there is a system”. The advice would be that whatever you are trying to prove, whatever you do, just go universal!