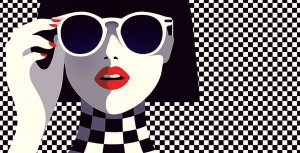 White leather lounge along with some café del mar music coming out of the loudspeakers, classy people nicely dressed up, drinking champagne, discussing the artistic scene of New York, the latest fashion tendencies in Paris, or the nuance of blue in Bora Bora. A typical Jupiterian scene. Namely, Sagittarius is Jet-Set of zodiac and basically represents the elite. International character, purity of mind and soul, open-mindedness and high level of consciousness, culture, wealth – dolce vita. Some of the most popular dandies such as Andy Warhol,Great Gatsby or Oscar Wilde would be typical figures of this worldly spirit that lives the freedom of the self-expression through art or social engagement demonstrating the pure Sagittarian impulses for the sake of making the world a better place or just immense pleasure of life in its most sophisticated form. Namely, Sagittarius doctored it.As the British Metaphysical Poets and Cavaliers would say, “Live Merrily and Trust the Good Verse”. Carpe Diem or Seize the Day. Jupiter stands for celebrities but also the righteous, noble, good people expanding their knowledge and experience. Good life is just meant to be.

The spirit of Sagittarius is free and adventurous, optimistic and benevolent, basic instincts are pure up to a degree of st.anger, a notion typical for this sign.Healthy psyche is generally relieved from the inner pressure that makes them relaxed and easy-going. The children of Jupiter are jovial but you would see them being great advisers when needed, just the same. Namely, Sagittarius possesses the inborn wisdom and often well education although it is not rare example that the typical one just considers oneself aristocratic to a degree of not being willing to work. However, high status is considered to be natural and it’s just the way life treats them. Call them lucky, but considering the quality of their personality you might as well apply the Alexander Pope’s quote here: “One truth is clear, whatever is, is right.”

However, there is something about Sagittarius that makes them a “real wild child”, since they allow themselves the freedom of not complying with the rules whatsoever but making themselves the exceptions entitled to a special treatment. That’s how they impose themselves as a role model, many of them really stand for, being the ambassadors of good will enough not to misuse the position but to provide some sort of assistance.

What seems to be the ghost of Sagittarius is most certainly vanity, since they can compete with Leos for how they feel about themselves. Basically, it is the pride of heart versus the pride as the honor and the excessive self-esteem as it is, with the attitude of confident flawlessness. They are always right of course and they will close every argument with you being assured of it. How could you doubt that in the first place.

People of Jupiter are all Judges that stand for a good Judgment and you will often see Sagittarius excluding you from the circle of friends and proclaiming you a reptile after evaluating your social behavior. Bear in mind, no mistakes are allowed if you wanna stand up to this creature that aims at the best. However, stamping the seal at you will exclude Sagittarius from the rules they give themselves the freedom to break although they are entitled to improve others by improving themselves, something they keep constantly investing efforts in.
Religion or better to say faith plays a key role, since so many priests are born under this sign. Optimism, faith and belief are deeply rooted in Sagittarius and that is something that makes them winners.

Interestingly enough, a Sagittarius would make a celeb, a successful author, a doctor, a lawyer, a tour-guide or a sportsman but definitely not a good businessman or a manager. It seems these people are deprived of the skill of organizing whatsoever and if they prefer something it would be the liberty to spend the money, traveling around the world. Worldly as they are, opened, straight-forward and communicative, they would make friends with everyone as long as it provides the new experience.
Sagittarius in love – the adventure that provides enjoyment and immense pleasure. As long as they find you interesting and amusing at least. They are capable of committing when they find you worthy of them although the issue of faithfulness they consider open-minded enough to live in open relationships equally happy. Boundaries of any kind they feel as narrowing their spirit and their natural tendency is exactly expansion in all segments of life, so that novelties of all kinds are always welcome. No drama, jealousy or possessiveness, why complicate, it’s like we can either enjoy together or seek someone new. There are plenty of the fish in the sea. It is just when you are with them, personal freedom of some kind is something natural, so don’t try to control them and stay out of their gadgets and computers. Individuality is a matter of respect and if you don’t get that, no need for arguments, high spirits like Sagittarius would avoid that in the first place. You’re either a gentleman or you keep improving yourself while Sagittarius finds someone to laugh with.

Generally, Sagittarius radiates with positive energy and the nobility and gentlemanhood is something understood they keep developing in the world. The archetype of a “Sage” i.e. “wise old man” being the predominant archetype with these people wherein the quest for wisdom is the natural inclination, the importance of education and improvement of the spiritual well-being is exactly their role and the purpose in life, they enrich themselves and the world with.