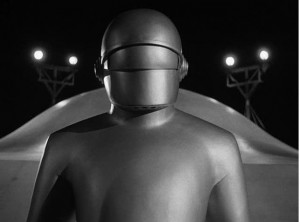 When Mercury turns direct, the world seems to be in panic or at least in the vague anticipation of all kinds of distractions, malfunctions or delays, not to say mishaps in communication or misfits in expression. It will be in seemingly retrograde mode up to 11th of February and here is what the psychological astrology has to say about it.

Hermes, „the messenger of God“ the popular figure of boyish young man with the winged helmet on his head and the two-snaked-rod in his hand represents the God bestowed mind upon man, the thoughts, the speech, the expression, the language, the intelligence, the ability of communication, the trade, social relations in general. The natural 3rd house of Mercury is the area where all sorts of ideas emerge, thoughts or writings of any kind and it represents the interface where the database has been communicated upon i.e. where the memory remains for the future generations to be archived into archetypes or worldly wisdom and information centers of human experience. When Mercury is direct things are running smoothly and majority of people seems to be in perfectly operative mode, however, when Mercury turns direct there goes the time for „defragmentation of the system“ i.e. for the revision of the learned and acquired, for re-examination, for introspection, for questioning everything that has been said or done i.e. generally for turning inward and occupying with the inner state of mind thus making sure our operating system undergoes additional cleaning, scanning or restarting if necessary. Basically, information data base needs to be updated, for whatever the area of influence is, depicted in the houses ruled by Mercury in the natal chart.

It is the time when people mostly feel silent and thoughtful, in this case of Mercury in Aquarius almost alienated, when most of us turn around to pick up the pieces of what has been done, turn inward to make a little chat with ourselves thus grasping the best solution of the best solution. „Do you talk to Yourselves“ seems to be the title of the popular show  program, exactly at the time of Mercury Retrograde. Accidentally, I wouldn’t say so.

Mercury in Aquarius is the most potent ability of this planet where it is exalted into higher realms of high pitched intelligence, providing the capacity when all of us are able to grasp the truth about ourselves, at least for the time being. Retro Mercury is the great time to do it and it mostly sounds like the silent lucidity of comprehension of the way we understand ourselves and our interpersonal relations without much necessity to speak or demonstrate but to inwardly process the understanding providing answers whether we are on the right path or not. Basically, in the natural course of events, the retro mode is a sort of break, intermezzo or just a creative brainstorming enough to put together the pieces of the puzzle, update or remember the missing pieces. By the time of Mercury turning Direct the big picture should be ready to be set in operative mode again as the polygon for further manoeuvring.

Whatever you may have decided, the time would be appropriate to think again and brood over the issue without the necessity of reaching any decisions up the 11th of February when the image of our current issues and their perspective is clear again. It is great time for thinking and connecting to the universal information centers thus bringing to consciousness the truth to purify with. The sparks of ideas might just come along. The natural capacity of two-snaked-rod of Mercury in Aquarius is exactly the ingeniousness of the current mood available to all at least for the moment of the star IQ. Reach out for it.
Keeping quiet @ The Silent Lucidity