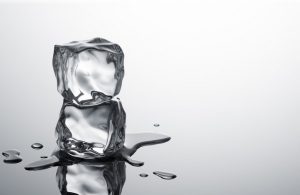 As you probably know, Pluto has always been considered as malefic, powerful, transformative and magnificent, brilliant, massive and fatal. Wherever it is positioned in the natal chart it brings a sort of ultimatum you just can’t deny or avoid. Pluto people are powerful, dominant and strikingly authentic. Pluto being the ruler of Scorpio represents fatality in one area of life whereas you just have to comply with. It’s the racket of the underworld you have to accept. It’s a vow. It’s an oath of the unconscious that ultimately governs your consciousness. Everything we get to choose yet Pluto is must have, must be, must do. Pluto is the finger of destiny and all you have to do is to make peace with it. Or else Pluto would be warlike and dangerous. Pluto – the atomic bomb.

However, the most distant planet is small and icy and as a matter of fact it endows us with ice or steel or iron to protect us in life when walking through the valley of shadows. At last, Pluto is working for us all and not only it can be good yet it can be great. Probably the reason why Scorpios are so damn cool. Yet remember, Pluto not only bears the ice but also a diamond from the depths of the unconscious. When you purify the shadow and resolve one’s own psychotherapy as Sigmund Freud who actually made it, and solve the puzzle of oneself you just might be endowed with a diamond on top of the head to spin it like a dragon and understand the life to its core. It’s a bold game and you just have to have guts to dive into the shadow and purify the unconscious thus bringing it to consciousness. The key issue stems from Pluto position in the natal chart.

You guess, all you have to do is elevate the mind up to little fingers and be a little ice cube ready to face the world. With diamond in the back, you get to be your own boss. Pluto – the ice cube.