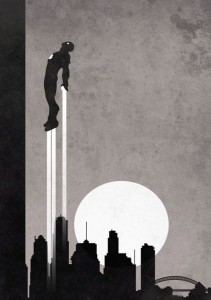 There is a time when people have the drive to assert themselves, make a point or win over the game. To start a business venture enthusiastically, to step on the stage and shine in the spotlight. Now is the time to do it. The transit of Mars through Leo will last up to 23rd September when the power of demonstrative will takes over, alongside with the creative urge for expression of the True Self. It is the time to recompense all the lack of self- love, high up to auto-eroticism that puts the Self into the center of adoration. Besides more selfies than usual in the heated atmosphere of burning August, that actually bloomed during the transit of Jupiter in Leo, there may be occurrences of dramatic overturns of romantic development for the sake of demonstrating willfulness, due to enhanced feeling of heart’s power.

Mars in Leo transit would be the best time to show how the business is being done with utmost easiness, authority of an expert and competence of a professional. The craftsmanship seems to be more successful, business duly completed along with the jack on the rocks. All the brewing ideas now stand the chance of being set in motion. The time is to show what you have got without hesitation to get the job done, particularly around 10th September, when the Trine with Uranus might allow the breakthrough. It is amazing how things are getting done when there is a will, there is a way, being the motto these days. However, the position of Sun and Mars in Leo allows the people to gain the courage to be themselves rather more freely than usual and the social scene might reveal how the Lion King has suddenly returned to rule the jungle. Or at least to remind us all who is the admiration-seeking stage persona in the spotlight, having all the Leos in mind. People tend to be more like them these days.

Regardless of whether the gold trade might boost a little, particularly after 6th September for all those Bloomberg TV viewers who might care, some of the valiant entrepreneurs might just decide to launch the business, riding on a mustang of victory, now that Jupiter is encompassing the transit in Leo and starting the Virgo journey. Virgo is the sign of the most lucrative ideas that brought enormous wealth to the largest number of billionaires, being born in this sign, according to the Forbes magazine research. Having Mars in Leo bravery of initiative, this monthly transit might mark various new enterprises, especially if they meet the needs of massive population. With pretty nice outlook. Particularly for those expecting the grand finale after Uranus-Pluto settlement later next year.

However, more importantly, the psycho-dynamics of everyday life reveals the resolution of the two-year-long Saturn’s Scorpionic struggle for self- preservation with the ultimate outcome of so desired Jupiter in Leo expression of True Self and heart’s output that now stands the chance of the courageous demonstration and reach for the stars in pursuing the dream Neptune is silently calling for, with the promise of the fresh Jupiter in Virgo emphasis on the quality of life, self-improvement and raising-awareness issues on everyday habits, health care, environment, culture and classical values. The fixed star Regulus i.e. „Archangel Raphael“ being the watcher of the North transforms the Lion’s heart by transiting to Virgo, bringing about the time of heroes of in the quest of fulfilling everyday necessities, finding the cure for the soul of a contemporary man thus building healthy habits and saving the world from self-destruction, all by predominantly empowering the Common Sense for the sake of Enlightenment and Self-Improvement on a massive scale.

The position of Regulus in Virgo brings about new age of overcoming self-centered celebrated Ego of Leo being forced to accept new rules of the game. This time around, only with Top hat and White Gloves you might hold the stick on the throne of Leo thus showing who is the man.