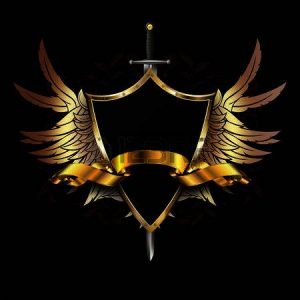 The overall impression of the current constellation in the sky very much resembles the legend of the Sward in the Stone that only the greatest of the land might pull out enough to rule the kingdom of their lives. Otherwise,  you might get the feeling of being stuck in the gap of inducing fear of society that challenges you to gain wisdom, show courage and demonstrate power enough to be The Man of your own life in spite of overwhelming tide of massive confusion of Saturn Square Neptune provoking you to take an action and make a breakthrough. However, only after you have carefully analyzed the frame of the game by Mercury In Virgo, whereupon you are able to make a strategic move forward.

Not so fast. Mars in Capricorn is the position of exaltation for the sake of war-mongering strategic deploying of armed forces and clear outlook on your position on a battlefield. This position is widely held to be smart of all the Marses that take part in the combat due to the „cool head“ that is guided by in the process. However, not entirely without underlying frustration of Square Jupiter when you could have the feeling that „all you wanna do is wrong“. Having tested the source of your passion by Venus in Scorpio and having established the priorities of what you feel you have to be doing, the uncompromising Venus might provoke you with the desire of „winner-takes-it-all mentality“ enough to spice up you game with provocation of your own, the vengeful impulses and sexually manipulating seduction for the sake of demonstrating power. Make sure your war- mongering doesn’t go out of hand while conjoining with Pluto sometime around the middle of October when you could be excessively domineering that is just too much for a good taste. It might drive you into arguments of Square Mercury, so make sure you stand for what you are actually doing due to the tendency of demonstration of will that just might not comply with your own mind-set thus essentially provoking the inner conflict projected on the outer world. In order to avoid that, try to be sincere as much as you can and face your own truth as well as the world for you could face severe consequences afterwards.

Generally, in the times of lurking anarchy in the world whereupon the individuality of Uranus is being set free as the form of rebellious act of the recent Square Pluto against all the establishments whatsoever to a point of questioning a common sense, what you actually could do for yourself to contribute your own individuality is raising awareness on your subconscious mind enough to shape up your conscious and super-conscious concepts based on your own inner truth and facing the objective reality of the world that has set up the rules of the game a long time ago, in order to see where you fit in. Only if you can balance the truth of the heart with the truth of the mind in this Libra phase, you might be able to avoid the overall confusion and protect your individuality altogether. Only through strict, disciplined, strategic action of Mars In Capricorn deprived of all the frustration, insecurity and fear first to be faced with, you might actually go through this transit with most productive outcome. Bear in mind that fear is your greatest enemy and that everything else that stands in your way is the projection of it. For the sake of the healthy personality, the continuous self-improvement might be the only way out of the mess.

Just as the sea spills the pearls out on the shore after the storm, the turbulent times as these might bring you wisdom if you evoke the common sense enough to sharpen the perception of reality through the prism of truth seeking self-improvement and personal development whereupon the education is the imperative as the first condition in the process of becoming eligible to set up your own standards as the rule. Only after you become fully aware of your own complete individualism – mind, body and soul through the process of individuation as the realistic self-acceptance and integrate all of your complexities by resolving your internal dysfunction through releasing fear, prejudice, complexes and all the psychological flaws that you project in the outside world you might embark on the path of purification and elevation thus providing example in the frame of collective evolution. Before you start questioning everything around you, start questioning yourself on the way to perfection being a standard the world has already set upon us as a condition for being let into the big game whereupon you just might feel great enough to pull the Sward out of the Stone and realize you’ve got Excalibur to rule the world with or at least your own life.