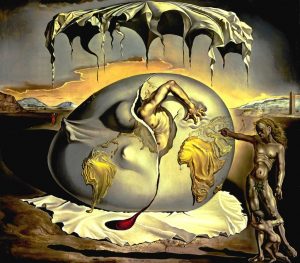 There is a song from Incognito “Talking Loud” – “There’s a new generation taking on the challenge to raise the consciousness of all mankind” and that is exactly what represents the challenge in the years to come thus bringing “revelations from a rising generation”. Whether you will call it an alien intelligence or just super-intelligent frequency we are all being called upon to make a step up onto the level of the universal vibration whereupon the liberation of the world from pathologically-rooted inhibitions, limitations, prejudice, restrictions takes place. For all the people who seek progress, self-improvement, general elevation, a sort of breakthrough from  traditionally imposed patterns of the Modus Vivendi thus seeking independence, freedom and self-governing.  The rhythm speeds up,  no more dwelling in the past, the moment is here and now, we look ahead and drive towards the future. The first thing to start from would be: Individuate and Set Free. Everybody is seeking independence and happiness as the highest form of success, however only after accomplishing a hard work of self-improvement thus facing the true self.  Keep in mind that there is a big difference between individuation and individualization namely due to who you want to be and who you actually are. The real challenge would be to face one’s own truth and realize what you essentially want out of life. In order to accomplish that there is a real challenge to understand your subconscious habitus and realize your true motives for life winners are the people who solve the puzzle of oneself. The challenge would be to individuate, grasp your reality and raise the frequency of thinking to be ready for everything. And you have to do it fast for the sped up world won’t wait for you so make sure you don’t dwell in the past for the world will run you over. Now is the time to act fast, to pick up the pieces of your game, to think fast and get on the train of the 21st century

It is a fact that 2024 when Pluto gets to Aquarius would be the new Orwell’s1984 however make sure you fit in the God’s m=Master plan instead of diabolic slavery within the big picture of the ultimate combat between good and evil. Everything has its natural use and misuse and just as ever you will have to pick a side and stick to it. In the Bible’s Revelation it says that at some point after the mortal combat the Satan will be seized, tied and thrown to a dungeon for a thousand years. Let’s hope that time is now.

Everybody thinks they know what is happening in the world, however within the mash up of various propaganda, conspiracy theories and general  systematic deceit, lies and illusions of contemporary man who now has to wake up and realize one’s own responsibility for one’s own happiness. The tendency of global misplacing God for a Political Figure who is expected to solve the burning world issues has to be overcome. Keep in mind that God has put a mission in your life as an individual to raise awareness on responsibility for your won freedom that essentially stems from psychological , spiritual liberation from pathology, imposed fears, traumas, complexes, prejudice thus becoming ready and eligible for the New World. The question would be what you can do for the world and not what the world can do for you. Jupiter in Aquarius raises issues of contemporary world and God has placed responsibility in our hands, in each and every one of us individually to make the world a better place. We will have to think universally, for the benefit of all mankind with great emphasis on professionalism for the new professionalism with standards of perfection is already well-known and new standard of universality is yet to be established particularly 2024 when Pluto gets to Aquarius.

All that for raising the question of boundaries. Namely, Aquarius  is calling for overcoming all limitations,  but uniting the world in the quest for the general well-being. They say the people who want to make a world a better place are the most dangerous ones. Well, now those people are the most important The high pitch of Jupiter of Aquarius would be: Do not wait for the future but create your future and God want you to use your free will to accomplish your own realization as a human being. God wants you to become the best possible you for that is the only way to create a better world. Politics is basically irrelevant and it is mostly an excuse or recruiting into propaganda machinery that will prevent you from realizing that you are your own boss, The solution politicians do not tell you is that the better you are, the better life you will have. Wake up from massive manipulation that enslaves your soul in the game of greedy, selfish, power-mongering interests but work out your way towards becoming the best possible individual who knows what to do and what is essentially doing. If you don’t wake up to realize your dreams somebody else will recruit you to build their own. If you find your place in the big picture it is OK, however God want you to improve yourself and be “perfect as Thy God is perfect” and accomplish the best possible scenario in your life. That is the only way how you create a good luck for yourself.

Aquarius rules the Mind, the Brian and Intelligence so make sure you really use your mind for logical, systematic thinking for now there are many dangers of manipulative matrix phenomena that basically prevent you from sound judgment and alienate you from the truth. Nota Bene: Don’t play their game, play yours. Raise vibration to sound reason, healthy attitude, logic, ingeniousness of Aquarius thus waking up in disillusionment from the perverted matrix that is eating your soul. Raise vibration to the truth frequency and you will get to realize where you are really at and where you really stand. Remember, God is always watching and guards the children leading them to a good life. Use your mind for the sake of comprehension of your own life the way God always leads to happiness. Pray and play God’s will prevails. Always. God wants you to understand it for yourself. God leads you to Heaven, He just want you to make no mistakes whatsoever. Your job is to learn how to. As Stoic would say don’t worry about what take care of how to. Aquarius knows everything about it. Tune in to super-intelligent frequency of know-how and find your way.

Jupiter in Aquarius is calling for open-mindedness and overcoming traditional patterns within the same set of rules that apply that has passed the test of time. The general test we have all been through will show we are ready for the new world that now raises the issue of humanity and salvation of the planet. The salvation is free and it requires the purification of the soul, elevation of spirit, raising frequency of the world and empowering the inner child to come out and play. God has written in the Bible that children will inherit the Kingdom of God and Heaven so make sure you nourish the inner child with self-love, self-respect and self-maintenance that stems from realization of one’s own self-worth. Understanding the real values, respecting the fellow human beings, kindness , improved soul motivated by general contribution to mankind thus becoming a new age professional will make you ready for the years to come. In case you don’t invest in yourself the diabolic machine enslaves the human spirit eating it alive. However, when massive population accomplishes the spiritual freedom for oneself by raising frequency, elevation and self-improvement the world will stand a choice and best possible outlook. Until that happens now steps on the stage The Liberation Front.  Step in the game and become a New World Man.