“The recognition of synchronicities’ potential metaphysical implications not only suggested a transformation in the psychology of religion; it represented a critical step towards bridging the schism between religion and science in the modern era so long embodied in the seemingly unbridgeable chasm between psyche and the world.” 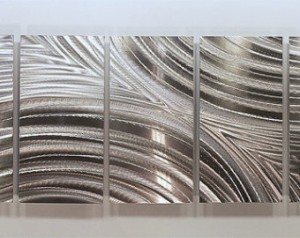 “Karl Gustav Jung saw nature and one’s surrounding environment as a living matrix of potential synchronistic meaning that could illuminate the human sphere. All events, inner and outer, whether emanating from human unconsciousness or from the larger matrix of the world were recognized as sources of potential psychological and spiritual significance.Thus all of nature supported and moved human psyche towards a larger consciousness of purpose and meaning.” 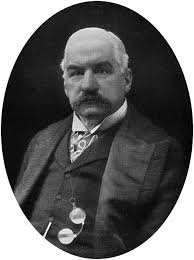 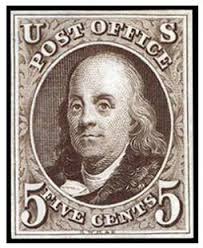 “Courteous Reader, Astrology is one of the most ancient Sciences, held in high esteem of old, by the Wise and the Great. Formerly, no Prince would make War or Peace, nor any General fight in battle, in short, no important affair was undertaken without first consulting an Astrologer.” 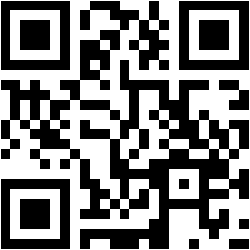 Essentially, Astrology is the science about life and as such represents the cultural heritage of mankind. Examining the etymology of the term, the prefix ASTRO implies to the conclusion that it is a science about stars, and the very root LOGOS is essential regarding the legislation and scientific foundation of the vey discipline. Quite obvious, the word LOGOS is a philosophical category, implies to the existence of the system, order and functionality that is basically in the base of so many disciplines such as anthropology or even meteorology. The point is the existence of an irrefragable system that functions within absolutely all horoscopes. It is the challenge to understand all the existing relations and in order to do that, it takes a “cultivated mind” (Richard Tarnas in “Cosmos and Psyche”) and an immense intelligence. Understanding nuances only, of the interplanetary and star influences then becomes a pure art. Every chart is unique and original. The free will, of course is the factor that overcomes natal aspects but exclusively by working out on personal development issue, that is necessary factor in order to avoid all the negative and accomplish positive performance. And that is a hard work. Only then we become aware that life is what you make it.

The first astrological traces originate from III millennium BC, in the Babylonian era, then Mesopotamia, along with prominent accomplishments of Greek astrologers, during the conquest of Egypt in the year 332 BC. It is then when the individual horoscope was made, namely the natal chart.

That was the time when Ptolomei made his tables of signs and continents, states and cities that we consult until today.

Arabic minds made a great contribution on development of astronomy and astrology that were undividable in their origin. Namely, Persian mathematician Al Khwarismi, the father of algebra and algorhythm was a famous astronomer and astrologer and all the minds that were into these disciplines were known as “mathematicus”.

During the middle ages and Renaissance, the scholars named “Physiognomes” were even capable of interpreting human lives in relation to the features, shape of the head, color and shape of the hair, physical appearance in general, in order that unmistakably recognize all the positions in the natal chart. For instance, the fact that Leos have hair like  mane, large, strong teeth and broad shoulders, that they walk with their head up high is well known today, but they were capable of recognizing on the face  the position of  Moon, Ascendant or even Mars. Basically, with the beginning of Renaissance, along with the discovery of heliocentric system, the science itself had gone out of the dark ages.

In words of Richard Tarnas, it is the beginning of the “modern self”, since with the discovery of the Sun in the centre of our solar system, ego i.e. consciousness was set in the centre of human perception of self, that is obvious in literature and art in general.  It is the beginning of the so called “scientific astrology” practiced by Galileo Galilei and Johanes Kepler, who remained significant material within the area of interest.

Synchronically with the development of the so called “western astrology”, widely accepted today, astrology of Maya and Aztecs, there was a development of mythological and astrological heritage in the East. In relation to the Western, Chinese astrology makes great contribution to the existing knowledge with impeccable knowledge of the nature of man, where the symbol of “Dragon” is not accidentally dominant and essentially representative, since it stands for the altogetherness of nature – human and nature in general. Japanese tradition is similar and equally precise, that along with the Feng-Shui techniques exquisitely describes the levels of destiny in relation to the energetic vibrations of the body, that are being identified with levels of luck and fortune. Japanese astrological, cultural heritage is very respected and represents consulting medium indispensable in all the affairs. The state of development of Japanese culture is on is well known and the resurrection of nature is incorporated into modern mind. Their stoicism and dignity originates from it, in the culture where dominant archetype is “The Emperor”, at the same time the model of improved perception of reality.

The author of this text had situations where being asked questions about the origin of astronomy and astrology, the question Johanes Kepler had responded a long ago: “Astronomy is the wise mother and Astrology is a foolish daughter but for the very existence and life of the mother, the existence of daughter was indispensable”. The parallelism of the origin of these two disciplines is fascinating since they are both based on mythology and they were developing on the same pace.

Traditional astrology is well known and it seems that it is bound in relativism that is either the inability of the interpreter or even the overcome model of interpretation of celestial phenomena. With regard to the most contemporary spiritual tendencies, self-improvement tendencies, personal and professional development and enhanced interest for the “Holistic principle” (raising awareness of the personal potential, the issue of purpose and responsibility of man), that is in the base of for instance, Homeopathy, Reconnection etc., astrological thought is being developed in the same direction and the psychological astrology today has its aim in realization of the individual potential, raising awareness on “modern- self”, opportunities and responsibility for one’s life. The world astrology today calls for “Creating future with astrology”.

Psychological astrology seems to be the most contemporary and the most progressive discipline today that represents the upgrade of the traditional one. Namely, in words of Richard Tarnas “the future is impossible to predict” and we would add that it is not the very point of psychological astrology. The essence is in the necessity of personal workout on self-improvement in order to recognize the basic potential, realize oneself and make affirmation of the purpose in life. Furthermore, we tend to realize that future is not linear but closely related to the tendency of raising higher consciousness, accepting responsibility, recognizing one’s own lessons in life, realization of oneself and finding purpose.  It is basically a hard work and the process that lasts for a long time, taking into consideration that, by astrological means, the very process of individuation lasts around 15 years. Astrology today has its aim in facing reality with the aim of simplifying everyday life. That is exactly the purpose of the modern, psychological, academic astrology. No more, no less.  What we can forecast is the weather in the situation where we decide whether to take on an umbrella. On the very road, we have lessons to learn in order to do our best, but not without self-improvement and becoming a better person, that ultimately leads to better life opportunities and raises the level of destiny. It is all about raising the level of consciousness. Only then we are self-made, we make our luck and that is the process that lies in the base of the Karma concept, that represents the polygon for improvement of life. On a very practical level.

That understood astrological interpretation provides impeccable results in practice since it stands for the sensible approach and implies to the instructions a man has to take into consideration in the system of information that represent a unique life guide.