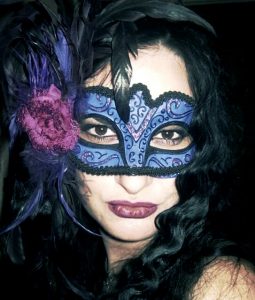 Bojana Sretenovic alias Urania is an internationally recognized Psychological Astrologer and MA in English , literature and creative writing as well as Mensa member, known for many television and radio appearances on “PRVA TV”, “Kosava TV”, RTS Radio Belgrade 202  or TV Politika advocating  Psychological Astrology, along with the extensive writing for respected magazines of Eastern Europe such as “Astrologos” magazine in Serbia and Croatia  or “Xoроскоп” magazine in Macedonia  for years. Since 2011, the author of the book “Astrology and Self-Improvement, Psychological Astrology Research”, on Amazon.com and “Tragom Psiholoske Astrologije” published for Esotheria in 2017 as well as “William Blake – Dichotomy of Existence in Songs of Innocence vs Songs of Experience” , also on Amazon.com  along with writing film screenplays in the recent years.  Bojana Sretenovic  became mostly specialized in the interpretation of natal charts, astrological consulting and psychological astrology Life Coaching of the independent professionals, business entrepreneurs, managers, producers,  successful designers, artists, supermodels and celebrities in the entertainment industry -film or music celebrities or designers in fashion industry all around the world. Mostly high profile figures of  Moscow, Amsterdam, London, Paris, Barcelona, Madrid, NYC and LA . Being educated within the area of Literature, Psychology, greatly inspired by work K.G.Jung and Sigmund Freud, Bojana Sretenovic has conveyed a research of the perfect system of symbols incorporated in Astrology as well as in the Arts through an extensive self-improvement and spiritual development in the process of individuation. The heritage of the collective unconscious, expressed in mythology, as the base of astrological point of view that provides variety of archetypes, represents the vast knowledge of the Eastern and the Western civilization, so indispensable for the development of the conscious mind, the spirit and the cultural diversity. Psychological Astrology seems to be the most progressive kind of Astrology that has its aim in interpreting the ways of collective evolution based on the individual effort, by raising awareness on the issue of self-improvement and responsibility as an urge of contemporary man. In the words of K.G.Jung – “Until you make the unconscious conscious, it will govern your life and you will call it Destiny”. With great respect for individualism, the establishing of the system of thinking represents the base of human character and, as a result, what  seems to be the human “destiny”. According to the words of William Blake, we must create a system or be enslaved by another man’s. Psychological astrology is the great way to do it. 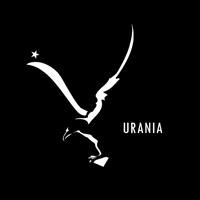 One thought on “About me”